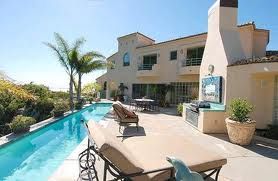 The recent View Ordinance debate in Malibu was captivating. As Pulitzer Prize winning playwright Arthur Miller once remarked, drama is not about Right vs. Wrong. The most engaging conflicts arise from situations where people on both sides of the argument have good points to make.

This thorny Right vs. Right dilemma is exactly what played out in Malibu.

Over the course  of 35 public hearings on the issue, spanning three years, the Malibu City Councilmembers and residents engaged in spirited debate as to the shape of the proposed View Restoration Ordinance.

Many residents on both sides spoke eloquently on topics as varied and beguiling as the spiteful planting of protected tree species and the use of Photoshop to alter photographic evidence of ancient views.

I attended one three-hour session and it was apparent that the council was focused on the complex political issues of retroactivity (restoration of views) and enforcement.

The seed of the proposed ordinance germinated from passage of Advisory Measure E in April 2008, in which 2,500 Malibu residents, or 63% of voters, favored enactment of a view preservation (or restoration) ordinance.

Hard to believe, but under existing law, scenic views were not protected in Malibu of all places. Residents had no recourse against neighbors whose trees closed off their dazzling Pacific views.

The question presented in Measure E was: “Should the Malibu City Council adopt an ordinance that would require the removal or trimming of landscaping in order to restore and maintain primary views from private homes?” The council polled the residents, and they replied soundly in favor.

Soundly in favor of what? Hold onto your sun visors.

The ambiguities latent in the text of Measure E created endless discussion and debate on the issue of retroactivity. Unfortunately, the Measure E ballot materials helped little in deciphering just what the residents advised the council to do, aside from generically protecting the stunning Malibu views.

Retroactivity proved to be an incendiary issue. Should the new ordinance protect just views existing upon enactment, or should it reach back to cover views that existed as far back as City incorporation in 1991 but that have been obliterated over time?

So it was left to the council to sort through the debate and deliver a decision that would benefit the community. In one corner were the tree owners quietly enjoying their greenery and privacy.  In the other corner were the silently suffering neighbors whose property values had dropped because their views were blocked by trees.

In the end, the council voted in favor of view protection going forward, which in itself is a major accomplishment, but punted on the issue of view restoration – retroactivity – in favor of a six-month study to research the number of properties that would seek view restoration if it were offered, and gauge the number of lawsuits that would be filed by tree owners claiming consequent diminution of property values.

Has order been restored in Malibu? That depends. Can both sides of any argument be “right” and victorious?