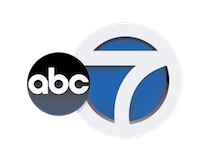 Founding Partner Charles Peterson was interviewed live by ABC 7 EyeWitness News on the segment “Backyard Trees Destroyed at Rancho Palos Verdes Home While Owners Away”, which aired on Wednesday, August 12, 2015. Mr. Peterson addressed the suspicious destruction of trees in the backyard of Rancho Palos Verdes homeowners who had lived on the property for 32 years.

The couple returned home from vacation to find that six of their expensive eucalyptus and podocarpus trees, which were planted to create privacy, had been cut down. In 2013, the next-door neighbor had filed a view-obstruction claim with the City that sought removal or trimming of the same six trees because they were obstructing her ocean view. The claim was mediated, but a settlement was not reached. Law enforcement officials investigating the tree destruction confirm that charges can include trespassing, vandalism and a possible felony.

“The Trehernes are in the right. They are wonderful people. What happened to them shouldn’t have happened to anybody,” explains Mr. Peterson in the segment.