The Long View of History: Why Must Modern Homeowners bow to 1896 Ruling? 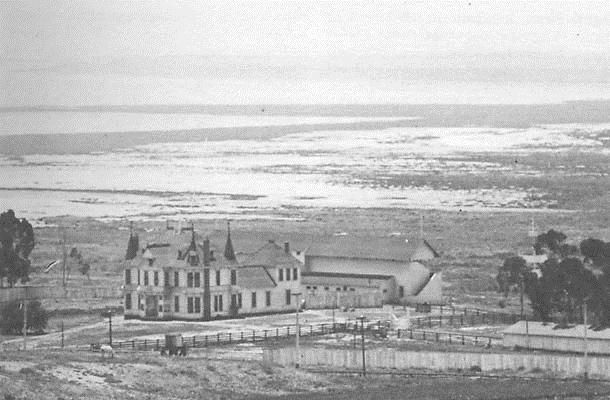 In 1906, the view from the grandstand and clubhouse of the old Pacific Beach racetrack in San Diego was spacious and gorgeous.

More than 100 years later, many properties have been bought and sold in the Southern California city.  And many new buildings have risen.  Change is inevitable.

Yet what has not changed is a court ruling that continues to shape how cities resolve view law disputes.

First, let me remind you that there is no right to a view in California. Property owners with magnificent ocean or valley vistas are at the mercy of their neighbors. If the neighbors happen to like big, bushy canary island pines, the dazzling views will legally lose.

Unless, of course, if the property happens to be located in a city, or within an association, that values and protects views, and has codified those values in a view protection ordinance. Then, the pines may lose and the views win. But these ordinances differ widely in their use and interpretation statewide, and the procedures and standards for the protection of views do vary.

How did we get here?

The common law California rule that there is no right to a view was established in 1898 in the case of Emily Kennedy v. Silas Burnap.

Kennedy and Burnap owned adjacent lots on Third and D Streets in San Diego. Kennedy had improved his lot with a hotel. In May, 1896, Burnap started to build a three-story structure that threatened to close off Kennedy’s views. Kennedy sued claiming irreparable harm. His case went to the California Supreme Court.

In unanimously ruling against Kennedy, the Court relied on the 1894 case of Western Granite & Marble Co. v. Knickerbocker, which in turn relied upon the 1811 English case of Chandler v. Thompson for the proposition that views were not legally protectable.

“The simplest rule and that best suited to a country like ours, in which changes are taking place in the ownership and the use of lands, is that no right [to views] can be acquired without express grant of an interest in, or covenant relating to, the lands over which the right is claimed.”

Many California courts have since relied upon the holding in Kennedy to deny aggrieved property owners of their views.

But does it make sense?

The photo above, from the archives of the San Diego History Center at the University of San Diego, is a wonder to behold.  Yet the city has evolved since the photo was created.

And I believe our view law ordinances must do the same:  evolve so that they better suit modern people who gain so much from the intangible replenishment of a remarkable view.