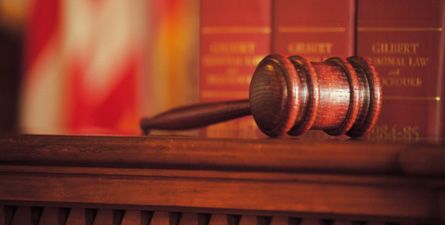 I attended a presentation this week that nearly made me ill. The health of California’s court system was the topic. It isn’t good. The budget of the judicial branch has been cut over $600 million in the past three years – with more cuts on the way – to the detriment of every Californian.

The Presiding Judge of the Los Angeles County Superior Court, Lee Smalley Edmon, spoke for two hours on the “new normal” by which she meant fewer courtrooms, fewer judges and less court staff to handle the 1.4 million civil lawsuits filed each year.

While the “core adjudicatory” function of the judicial branch will be protected, she said, large tweaks to the litigation process have been made to deal with the new budget realities. Los Angeles County alone has already closed fifty-six courtrooms and laid-off about five hundred support staff. Local court rules have been suspended and replaced by frequently updated court website postings.

Services are down, court fees and delays are up. Jury fees are now non-refundable should the case settle before trial and court reporters are no more: bring your own reporter or take good notes for the appellate record! Cases that had taken twelve to eighteen months to resolve will now take twenty-four to thirty, and forget about law and motion, work it out yourselves with the snazzy new “informal discovery dispute” program, or wait four to six months for a hearing with a judicial officer. How sweet were the good ol’ days of “fast-track.”

In a nutshell, while court administrators are valiantly trying to cope with the state’s financial crisis, the judicial branch, like much of California state government, is in a shambles, and Judge Edmon didn’t see the situation improving anytime soon.

For our friends and clients, this means that increased emphasis and resources need to be directed toward the front end of the view claim process, toward mediation, arbitration and city-sponsored dispute resolution processes as litigation in the courts becomes a more costly and less-efficient dispute resolution alternative. Our Guidebook “5-Steps to View Claim Success” provides some terrific information on getting the best results from mediation and arbitration and pre-litigation view restoration processes.