View restoration to be on ballot in Rolling Hills 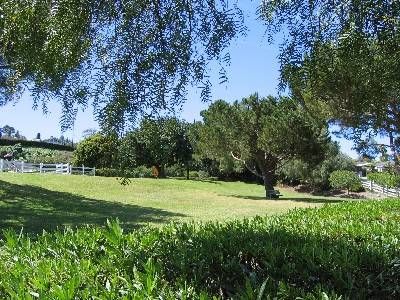 Currently, the City protects views without regard to when the property was purchased, as many cities do. If there was once a visually impressive scenic vista, but it’s now obstructed, it will be restored. This works hardship, not to mention wealth transfer, on those who purchased tree property but are now being required to remove, top or lace those trees to restore a view that may not have existed for fifty or sixty years because a neighbor now wants the view.

The backers of the initiative, some of whom have pending lawsuits challenging the City’s view preservation ordinance, seek to change the ordinance so this circumstance would never again occur. The initiative would change the definition of a protected “view” in the View Preservation Ordinance to one that existed when the property was acquired by the current owner. If a view existed when a property was purchased, it would be protected. Otherwise, there will be no claw back, no view “creation” as it’s known.

The impetus for the initiative may have been a pending view claim that threatens the tranquility and very fabric of this bucolic little city on the Palos Verdes Peninsula. And why wouldn’t it? The original Ries claim involved more than one hundred mostly healthy and mature trees growing on a neighbor’s property. That number has now been thinned-out to seventy-two, but it’s still one of the largest private view obstruction disputes ever in Southern California.

Interpreting the existing View Ordinance, the City’s Committee on Trees and Views upheld the Ries’s claim and ruled in June that twenty-two trees had to be removed, and that fifty others had to be topped, laced or trimmed to restore a view that most evidence suggested had not existed at all after the mid-1970’s, and which certainly did not exist when the current owners purchased the property. The initiative would mandate that buyers of a view-less property would not be able to use the View Ordinance as the Ries’s have done to recover the view that may have existed decades before. A nice bottle of Silver Oak may still persuade your neighbor to do a little lacing, though.

The City’s Ordinance was enacted in 1988. Since then only eight trees have been removed. The fear now, as the City Council addresses the tree owner’s appeal of the Tree and View Committee’s decision to remove twenty-two trees, is the slippery slope – how many other residents will seek permission to clear-cut a neighbor’s trees to obtain a view that did not exist when they bought their property, and may not have even existed when the City was incorporated in 1937.

The current ordinance apparently permits seventy-two trees on a single property to be removed, topped or laced. This has come as quite a shock to most property owners, a wake-up call that the ballot initiative seeks to answer.